Ok, so almost 2 years ago I did a post about Pilates.  The heading was “Oh, I thought you said pie and lattes” and it started with “Ok, so I know I need to start to do some exercise.  Ran out of excuses.  Not pregnant anymore, have flexi time, have a support system that rocks…  So I decided to try Pilates.”

Oh?! …I thought you said “Pie and Lattes”

Here I am, almost 2 years later, and again I’m not pregnant anymore, but I don’t know where the “flexi time” went – it’s gone!  Even though I have my own business, (which makes some people think that I only work 2 hours a day, haha) somehow having two kids – of which one has special needs – is a whole (divinely) different ballgame.  Luckily I have a VERY hands-on husband when it comes to the kids… and the kitchen 🙂 – so that helps a lot!

So my previous attempt to start doing Pilates was not successful…  and at this stage it feels as if I don’t even have time to brush my teeth – but I realised that I ACTUALLY do do (can I actually do 2 do’s in a row??) pilates… a few times a day!

As a parent I realise what the kids’ naptime is worth… you can actually drink a warm cup of coffee, put on your makeup in one try or get to the other side of the house without having to look at or answer something.

When I put the children to bed, I’m so scared of waking them, that I do a REALLY good Pilates move out of the room in SLOW MOTION without even breathing! Some of those moves require only one hand and one foot on the floor, balancing yourself in the air before leaping out of the room without making a sound… others consists of a rolling action with a stretch to the door! (oh and don’t forget to take off the noisy jewelry before you try it!)

What an honor to be able to do Integrated pilates… for women with 2+ kids and a business to run!  …it’s hectic but I love it 🙂

… and just for the record, I really do still brush my teeth! 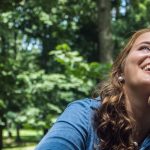 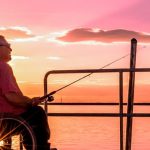 Fishing for Jesus – in a divinely different way!

Noodles of another kind… same but different

Embracing the Unconventional – Being the sibling...

So… Anika eventually figured out where babies...

Your way or My way?