When you were young and your father said “Jump, I will catch you” – did you believe or did you know that he will?

Why don’t we rather say “I KNOW that God will make a way”?  I personally think that we are too scared to say “I know”, because we know that the word “know” means “to know for a fact, without a doubt” and the word “believe” still leaves some space for possibility of failure… just in case….

We read in John 6:68 that Simon Peter said:  “We BELIEVE, AND WE KNOW you are the Holy One of God”

So I dare you, whenever you want to use the word “believe” replace it with the word “know” to test your faith…

I don’t only believe that Jesus died on the cross for us, I KNOW that He did! 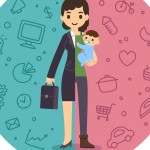 Let’s go on maternity leave, they said.  It will be fun, they said…

Earth has NO sorrow that Heaven can’t...

When I asked compassionate Anika what she...

Joy, my greatest desire for Anika…

God of things, or things of God?