Hold on to hope!

Only a few weeks ago, while turning into our driveway, I looked at the grass on our pavement and thought to myself “it’s dead… totally dead… like in really dead like a mosquito-in-my-dad’s-room dead” (my father by the way has a VERY quick hand and NO mozzie ever survives when he’s near!)  But last week, after I thought there was no hope,  it turned GREEN, into a full grown pavement with grass that grows as if there’s no stopping it!

Made me think of the olive tree I gave to friends of ours – on the day their daughter was dedicated in church, the Lord showed me that I need to give them an olive tree.  To me it didn’t make sense, but to them it did.

A few months later we visited them, and with a devastated look, he told me that the olive tree has died.  It had so much meaning to him because of the journey he was on with the Lord at that stage, that he was really upset by the “dead” tree.  But ever since, almost every time I see them, he tells me that he believes that the tree will grow and live again.  He’s waiting in anticipation for the day that that speck of green he’s waiting for makes it’s appearance.

We need to hold on to hope, hope not in ourselves, but in God.

We need to praise Him even in the storm, even in the drought, even when we don’t see the blossoms yet!

17 Although the fig tree shall not blossom, neither shall fruit be in the vines; the labour of the olive shall fail, and the fields shall yield no meat; the flock shall be cut off from the fold, and there shall be no herd in the stalls:

18 Yet I will rejoice in the Lord, I will joy in the God of my salvation. 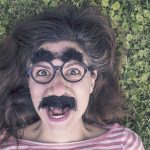 Will it add to, or take away from your life? 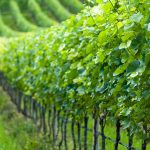 Wrong directions – by mistake or ON...

When good things happen on a not-so-good...

Forgiveness is completely about you. It's about yo