Home By the way Hmm… Apparently Anika thinks that all mommies like “non-rainbow” colours!!
By the way

Hmm… Apparently Anika thinks that all mommies like “non-rainbow” colours!! 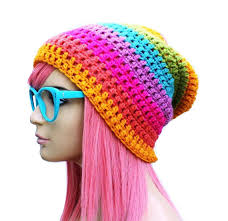 The way we do things, the things we like, the things we say and the the kind of people we are have such a huge impact on our children.  Small things – things we never even realise – stick with them and influence them – creates perception within their little minds.

A while ago we were driving home from school and Anika told me that “boys like blue and green, girls like pink and purple, daddies like blue and mommies like white, brown and grey”

I love natural colours – my curtains, walls, clothes, furniture and cutlery – overwhelmingly white, brown and grey!  So in her mind all mommies love those boring colours!

But then again, I won’t be me, I won’t be myself if I dress in purple, paint my walls orange and dye my hair red.

Instead of being “fake” in order to expose my child to some new colours, I decided to rather get myself some extravagant friends to do so instead! (haha… just joking, didn’t get them in order to use them for this reason, it was just a bonus that the friends I already had was already bit more colourful than me!)

So yes – expose your children to a range of different situations, colours, food, emotions, cultures, ways of doing things, environments etc, but never pretend to be someone that you’re not, so that your children can have the freedom to also be themselves and to live out their own personality some day! 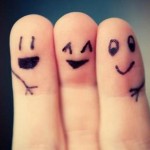 My friends are ‘divinely different’ … in a good way :) 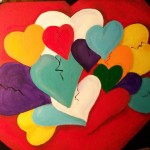 So… Anika eventually figured out where babies...

No, the other way around!!

Oh!! That reminds me…